Family Service Center is a licensed non-profit social-service agency located in Central Illinois. Focusing on families and strengthening our community, our staff provide a variety of services for families. In 2013, FSC celebrated our 150th Anniversary! Our current Board of Directors is comprised of dedicated community volunteers who are committed to our mission. We are a proud member of the United Way of Central Illinois. 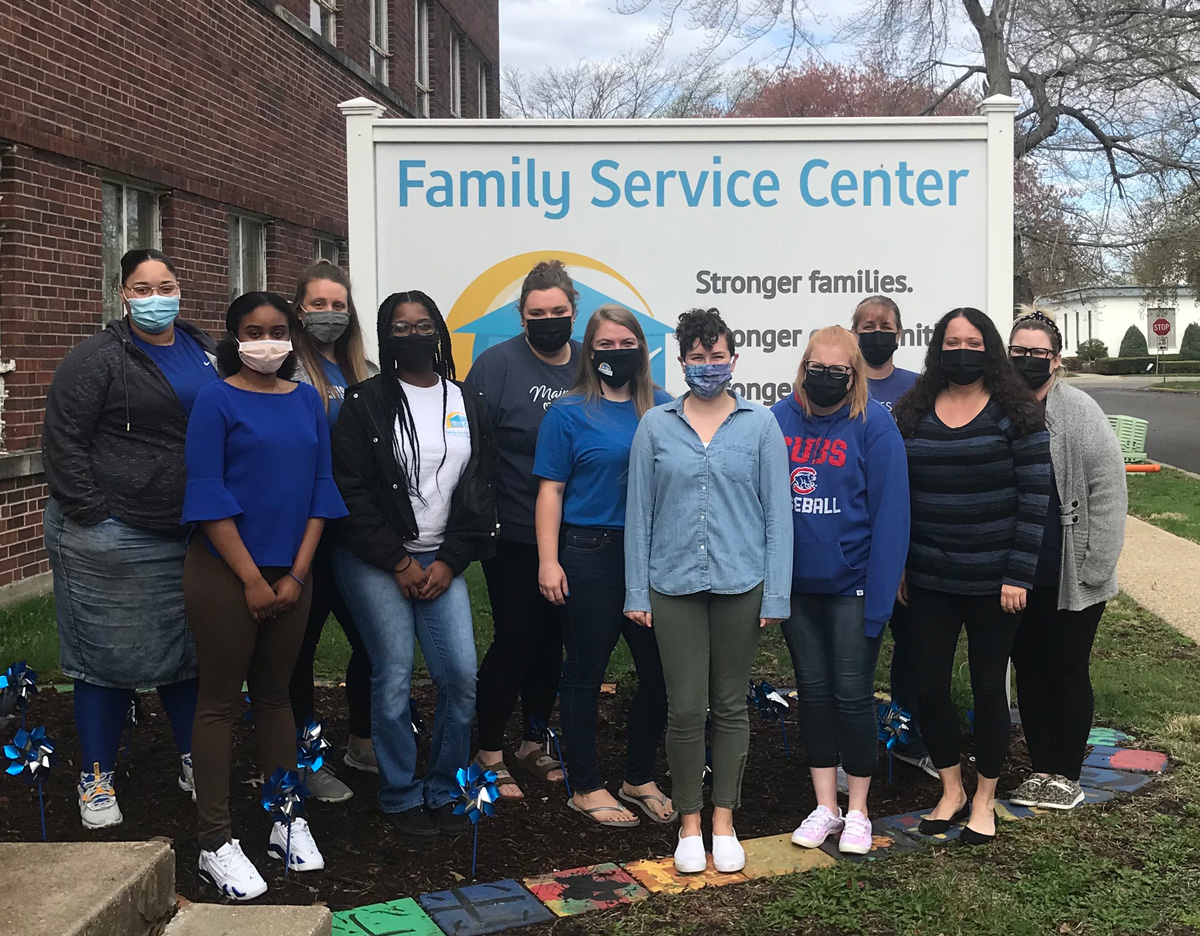 The Home for The Friendless, the oldest of these organizations, was incorporated in February, 1863. Reverend Francis Springer of Springfield, who had seen many destitute women and children during his service with the 10th Illinois Calvary in Arkansas, sent a number of battlefield refugees to Springfield. Antrim Campbell petitioned the state legislature of an act of incorporation for a board of “lady managers” to run a Home For The Friendless, which would provide temporary aid and shelter to the destitute, especially those sent by Reverend Springer. The Board of Managers acted as legal guardians for minors under its care and was allowed by its Articles of Incorporation to indenture children to “honorable” employers in the Springfield area. By 1865, financing for the construction of a three-story brick structure that could house two hundred children was available. The building stood on what is now Seventh Street and South Grand Avenue. The Board of Managers, which originally consisted of twelve members, expanded to eighty-four members by 1902 and 152 members by 1910. As the Board became larger and too unwieldy to be effective, committees were formed to carry out the work of the organization. After 1900 the Board concerned itself primarily with problems of administration and left the details of work to the committees.

Development of the Family Welfare Association began in the 1880’s when attempts were made to organize and coordinate various charitable groups in Springfield. These charities consisted primarily of church groups. A committee was formed with representatives from several charitable organizations, including the Ladies Benevolent Society, Auxiliary Society of the YMCA, Home for the Friendless, Episcopal and Catholic churches, and WCTU (Woman’s Christian Temperance Union). A number of churches wished to continue aiding the poor separately, but enough support was found to form an umbrella organization to act as a record-keeping clearinghouse and coordinate the activities of charitable organizations. The Association of Springfield Charities was formed in March 1888 but, due to a lack of funds, it ceased operations after Christmas 1891. Efforts to revive the organization came from the Philanthropic Department of the Women’s Club. In November 1897 a mass meeting of concerned citizens was held as a preliminary to a reorganization of the association. After several additional meetings a committee was appointed to develop a plan. The committee’s plan was accepted and the Associated Charities was re-established in early 1898. Associated Charities was incorporated in 1915 and in 1924 the name was changed to the Family Welfare Association (FWA) to reflect the organization’s emphasis on the welfare and rehabilitation of the family unit 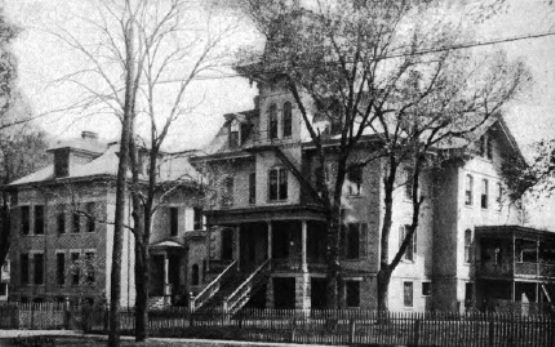 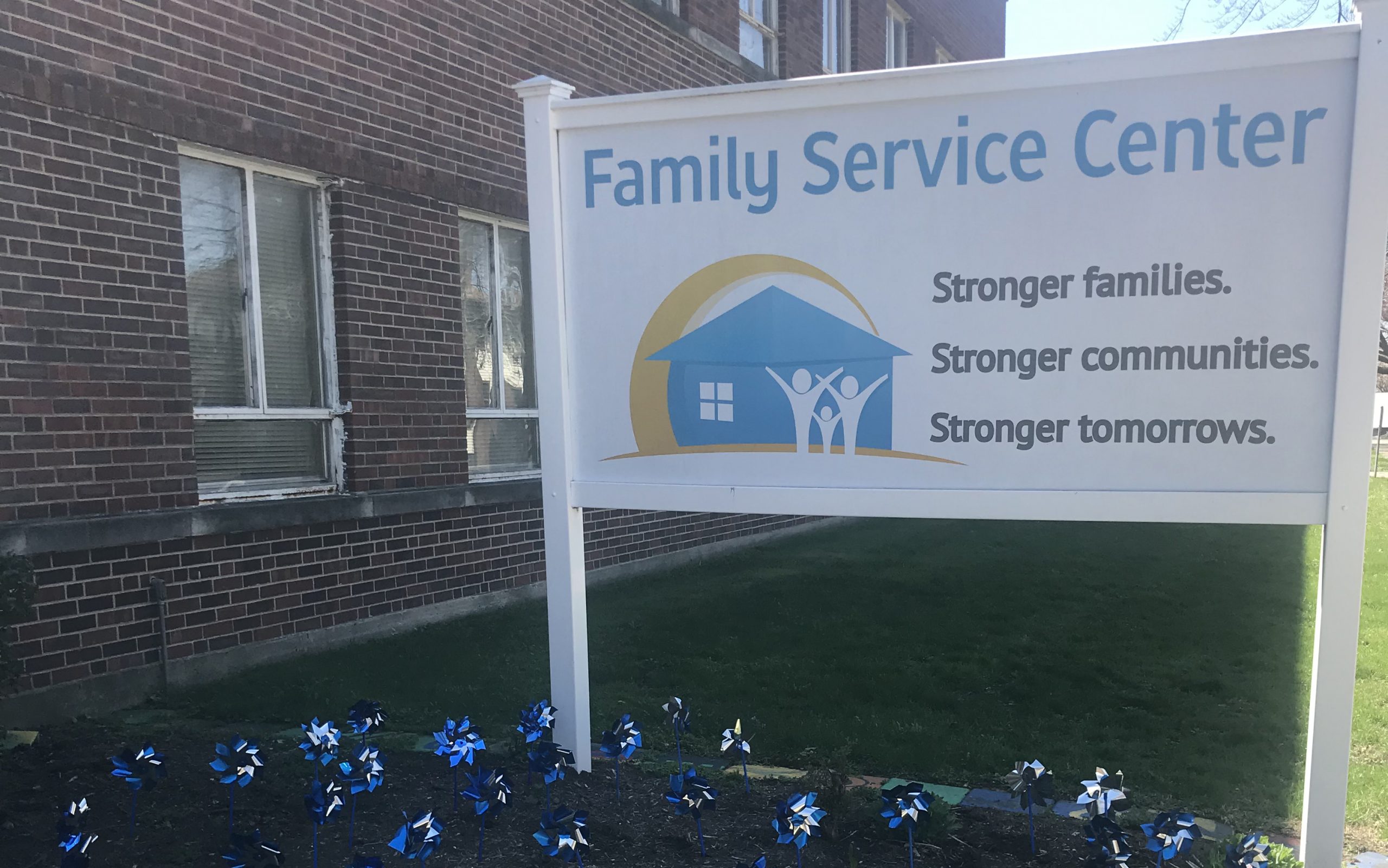 In 1914 the Russell Sage Foundation conducted a survey to evaluate current conditions in Springfield to determine where improvements in community life could be made. The idea for the survey came from a group of Springfield citizens. Out of this group grew the Springfield Survey Committee, which consisted of twenty-five people from various community groups that provided moral and financial support for the project. The recommendations of this survey acted as an outline for future improvements, although most were not implemented for several more years.

In the late 1930’s the CSL took over the administration of the Springfield Day Nursery, which was established about the time of the Springfield survey to care for children of working mothers. The nursery kept its name and maintained a budget separate from the CSL.

Organized care for needy black children began in 1898 when Mrs. Eva Monroe established the Lincoln Colored Home. The Home faced continual financial problems during its existence. Money was so difficult to come by that Mrs. Monroe was forced to resort to fundraising tours. In 1904 a new home was built with money provided by Springfield Philanthropist, Mary Lawrence. The Home’s license was allowed to expire (pending the results of an investigation) in 1932 because it failed to meet the minimum standards of care set by the Illinois Department of Public Welfare. In 1933, the Colored Children’s Service Bureau replaced the Lincoln Colored Home in the care of destitute black children.

The Springfield Redemption Home was organized by Mr. and Mrs. William H. Hunt in 1903 as a center for the "conversion, reformation, and Christian education of penitent erring girls and to provide a home for dependent infants and children.” In 1906 the Home moved from rented facilities to a new building at Eleventh and Jackson Streets. The Home was incorporated the following year. The Hunts sold the property in 1923 and moved to North Douglas Avenue, where the Home remained until it went out of existence in the mid-1940’s. There is no indication that the Hunts affiliated with any of the other agencies.

By 1940 the FWA, CSL, Springfield Day Nursery, and Colored Children’s Service Bureau were seriously considering forming a single agency in order to create greater administrative efficiency, provide more efficient and effective service to clients, and realize a great economy of services. Merger was seen as a means of consolidating the meager resources of each agency, although the total cost of community welfare services was not expected to decrease.

When first considered, the merger was discussed on an administrative level only. Very little consideration was given to programs and staff. In 1948, however, a detailed self-survey was made that revealed a need to not only strengthen family service programs but also improve the staffs of agencies by developing job classifications and better personnel practices. In 1949 and 1950, a merger plan was developed by a Unification Committee established by the Council for Social Agencies, a central conference of social agencies created in 1923 to coordinate social work in Springfield. In order to avoid legal complications, the committee recommended an administrative merger under which each corporation would maintain a separate identity. The FWA voted in favor of the merger, but the CSL voted against it. CSL officials felt that more time was needed to implement the recommendations of the 1948 self-survey so that the weaknesses cited in the survey could be corrected before merging.

In February, 1953 the FWA and the Springfield Day Nursery merged into the Children’s Service League, the surviving corporation) to form Child and Family Service of Sangamon County (CFS). A 24 member board headed the new corporation. Board members were elected to three-year terms, with one third of the board memberships elected each year. Board members from the merging corporations were allowed to hold membership on the board until the expiration of their respective terms. Officers of the CFS included a president, first and second vice-presidents, secretary, treasurer, and auditor. An executive director was to be appointed by the board. The following permanent committees were created to carry out the work of the board: Executive, Social Service, Personnel, Finance, Community Relations, Building and Grounds, and Nominations. The Colored Children’s Service Bureau joined CFS in 1959, and the Board was increased to thirty members. In 1974, the organization’s name was changed to the Family Service Center of Sangamon County (FSC). Its present location is 730 East Vine Street, Springfield, Illinois.

Funding for earlier social service agencies in Springfield came from membership dues, gifts and contributions, and/or the Community Chest, but financial support for the FSC is now generated from service fees, United Way contributions, and government contracts. Our budget is now approximately $1.5 million each year, and we continue to look for ways to better serve our community.
Family Service Center ©2021 | All Right Reserved | Privacy Policy